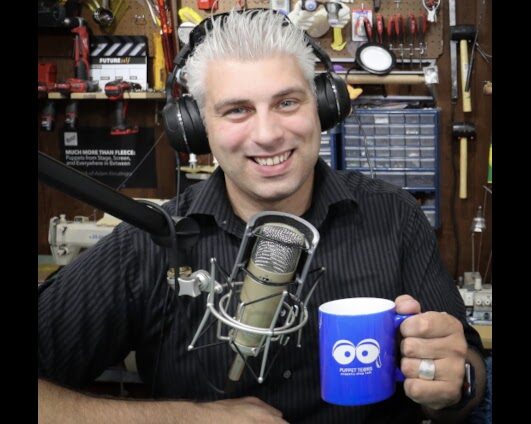 Adam Kreutinger is a puppet maker. He has designed and constructed puppets for television, film, and theatrical productions internationally. He designed and constructed puppets for “Kune’s Kitchen”, a children’s television show in New Zealand on TVNZ – Kidzone. His puppets have also appeared on Comedy Central and Adam Savage’s TESTED. When he is not making puppets for productions, Adam makes weekly videos teaching people how to build and perform their own puppet characters.