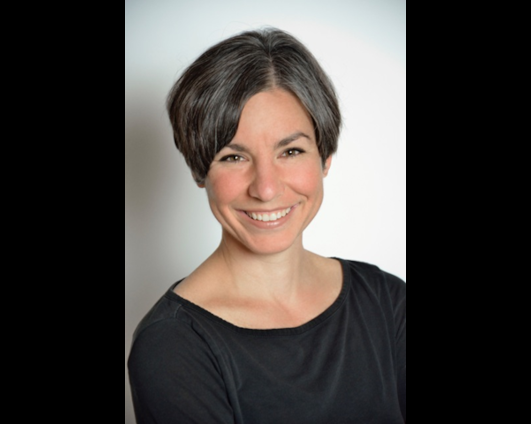 In an original theatrical production of “Ajijaak on Turtle Island” at the New Victory Theater she worked with puppets from the Henson Creature Shop in a show led by artists Heather Henson, Jim Henson’s youngest daughter, and Grammy-Award winner Ty Defoe. This work has linked her to Indigenous Communities in NYC and across the country through multiple tours with Ibex Puppetry.  She also toured from Pittsburgh with Squonk Opera who went “from junkyards to Broadway.”  After moving to New England, she performed at Lincoln Center Outdoors and LaMama, E.T.C. with the Czechoslovak-American Marionette Theater of NYC & her own Sova Theater later.  Ms. Polak was featured on CPTV’s “Spotlight on the Arts” with Masque Theatre & Larry Hunt in a segment nominated for a cultural Emmy in 2010 and produced by Ed Wierzbiecki.

She shares her knowledge of dance, puppetry and crossing artistic disciplines with audiences across the U.S. and abroad, especially in NYC & CT where she has worked with children to make over 1,000 frog or butterfly puppets every year since 2016 through Hartford Performs. She also teaches with the Jim Henson Foundation in Professional Development training for educators and therapists at the Museum of the Moving Image in NYC through a grant from Next for Autism. She has worked as a professional puppeteer now for nearly two decades, since she graduated from Chatham University with honors with a B.A. in Theatre and Cultural Studies in 2002.

Sova Theater celebrates humanity and the environment, engaging audiences through live performance combining the moving body, puppetry, mask, video, dance, and artistic installations. The combined ingredients communicate that which cannot be described in words, and therefore are accessible to communities around the globe.

“Sova” means “owl” in Slovak and also refers to an asteroid belt named by a Czech astronomer.