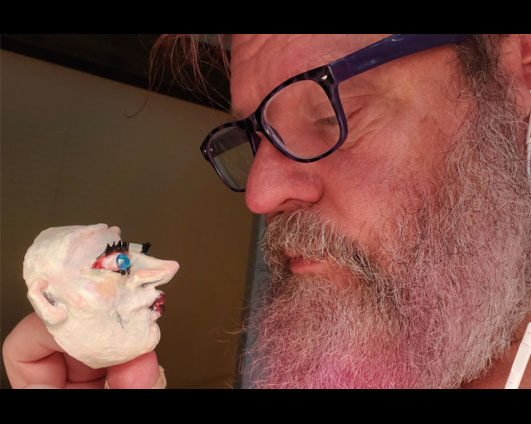 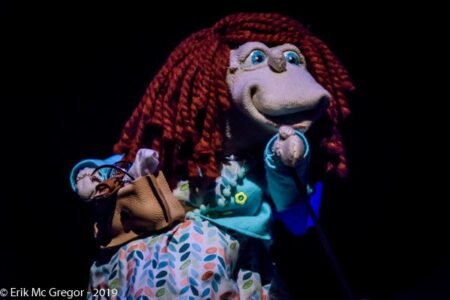 Cabot Parsons is a visual theater artist and puppeteer living in Beacon, New York.  Director, Designer, Filmmaker.  Became a PofA member when he was seven which was AGES ago in Arkansas.  Created puppetry sequences for live theater at the State University of New York, where he taught puppetry for several years.  His puppet film “Souris et chat” premiered at Kunstleben Gallery as part of Berlin Art Week.  He is an alumnus of the National Puppetry Conference at the Eugene O’Neill Theater Center, where he performed Ronnie Burkett’s “Crave,” and later had the honor of reviewing Burkett’s “Forget Me Not” for The Puppetry Journal.  “Gemma’s Share” premiered last year at the Puppet-delphia Puppet Slam as part of the Philly Fringe Fest. Cabot is currently working on a new short virtual piece called “Union Break” (about the Grim Reaper’s time off) and a multi-episode full stage rod puppet series called “Gristle & Thumbs.”