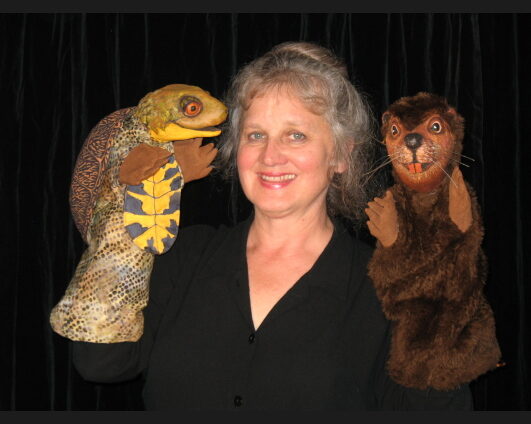 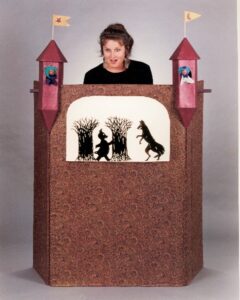 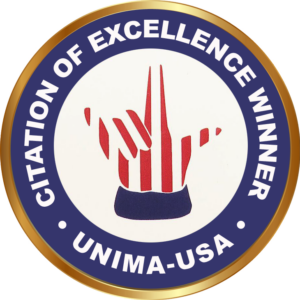 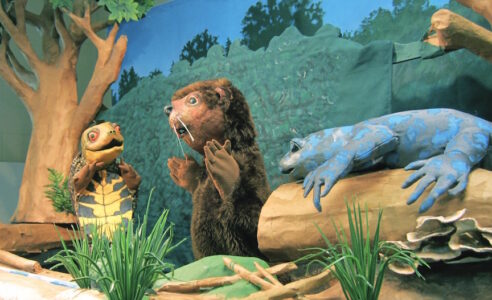 A professional puppeteer for over 40 years, Deborah has the distinction of receiving the prestigious UNIMA USA Citation for Excellence for her solo production of “A Woodland Cinderella.” Her own variation of the classic story, Debbie designed, built and produced and performs this entirely. She was invited to perform this at a Puppeteers of America Festival at the University of Maryland and at the Center for Puppetry Arts in Atlanta and “A Puppet Homecoming” in Rhinebeck NY as well as at The Museum of Fine Arts, Boston.

Her production, “Turtle’s Wetland Quest,” was funded in part by a grant from the Jim Henson Foundation and corresponds to the Massachusetts Schools’ Science curriculum. It is her original story about the threatened “Blandings Turtle” and its search for a new and safe wetland habitat. Besides schools this is also presented at Wildlife Refuges.

Deborah is also the author of “The Twig Family in the Oak Tree” a gentle nature story for young children about a family of imaginary twig people who live in an Oak Tree in harmony with nature. It was designed especially for small groups of young children.

Debbie has built over 300 puppets including a commission with the National Park Service at the African American Museum in Boston to teach about the Underground Railroad. This is a set of seven historically accurate puppets representing Harriet Tubman and Louis Hayden, escaped slaves; abolitionist William Lloyd Garrison, a slave owner, a slave catcher; a male slave and a young girl slave.

With the Award-Winning, Gerwick Puppets, which she co-founded in 1974, Debbie has co-produced 12 shows and presented over 5,000 performances in elementary schools throughout much of New England. The Gerwick Puppets were also seen frequently at Boston’s “First Night”, The Peabody Essex Museum, Salem MA; The Isabella Stewart Gardner Museum, Boston, MA, The Puppet Showplace Theater in Brookline MA and the Springfield MA Museum of Art.

A graduate of Plymouth State University in NH, Debbie also studied at The Pennsylvania Academy of Fine Arts.  She has taught Puppetry at Northeastern University, and Worcester State College. She has presented workshops at Regional and National Puppetry Festivals on sculpting techniques, creating distinctive character voices and she participated on a panel discussion on effective marketing strategies. She did character voices for the Verizon web site superthinkers.com, including Frilla LaFontaine, Mimi Dollop and Penn Peetnik

Aladdin and the Magic Lamp