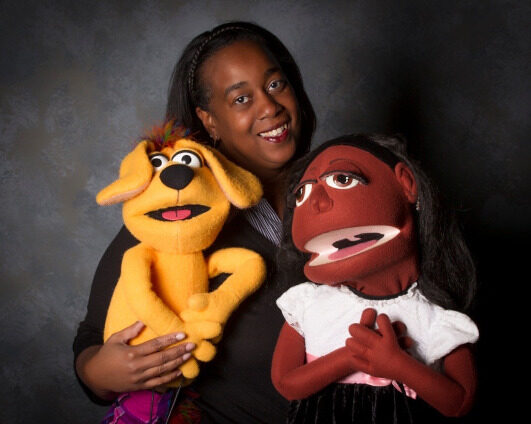 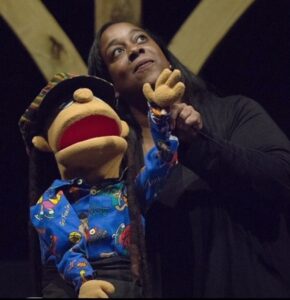 Edna was mentored by Carroll Spinney “Big Bird” and Dr. Loretta Long “Susan” of Sesame Street. She was a puppeteer for Jane Henson’s Nativity.

Edna is historically one of the only professional African American female puppeteers in America. Her work was featured in the Living Objects: African American Puppetry exhibit at the University of Connecticut, Roots of the Spirit arts exhibition and the African American Cultural Center in Florida.

Edna is credited with creating the only puppetry arts elective curriculum and classes in the State of Florida.

Prior to her career in education, Edna worked in the entertainment business industry at such companies as The New York Emmy Award sand Sony Music Entertainment.

She serves on arts boards and committees such as: Florida Association of Theatre Educators, Florida Jr. Thespians, Puppeteers of America, Florida Division of Cultural Affairs and the Kennedy Center’s VSA Intersection.

Techniques for virtual teaching: rethinking how to teach puppetry