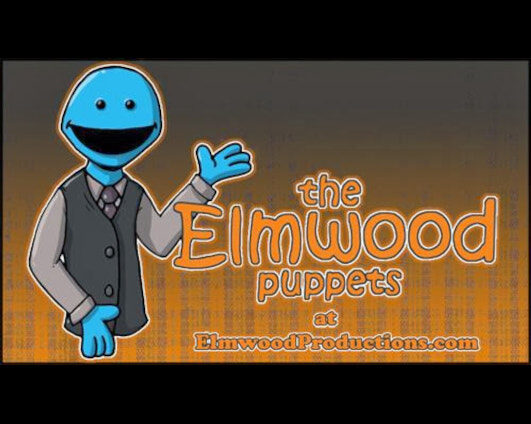 Elmwood Productions is your favorite place for puppets films for audiences on all ages. We offer family friendly flicks, and films for the grown ups too!

Elmwood Productions began was founded in 2001 with the hopes of making movies and shows with puppets, in a variety of genres and styles, everything from family friendly comedy to adults only horror!

We’ve been working hard ever since, and have had some great luck and felt tons of love from all over the world!

We continue to make feature films, short films, series, and more! In 2015 Elmwood Productions released the multi-award winning horror/comedy feature film “HEAD” that screened all over the world and is now available on major streaming outlets from distributor Terror Films.

Since then we have released two major web series; “The Risley Brothers” and “Animal Behavior”. And in 2020 our short film “The Jungle Man” won Best Micro Budget film in the Yellow Fever Independent Film Festival.

We also provide puppets and production for advertising work, industrials, and more.