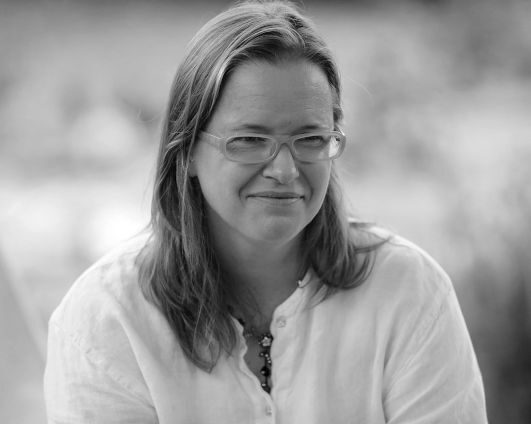 Johanna Smith is a Professor of Theatre Education, Improvisation, and Puppetry at California State University, San Bernardino and serves as faculty in both the Theatre Arts and Entrepreneurship departments. Her recent book, Puppetry in Theatre and Arts Education: Head, Hands, and Heart (Bloomsbury publishing) has received rave reviews from educators around the world. She is a former company member of the Bread and Puppet Theatre and among many other fun puppetry experiences has been featured as an artist at the O’Neill Puppetry Conference. Other puppetry highlights include performing 7 original productions for the Smithsonian and touring with her students internationally. Her production of The Odyssey (director, puppet design) toured to the PuppetFair puppet festival in Sofia, Bulgaria in 2008, followed by a tour of 4 major Chinese cities for the Chonqing Children’s Theatre season in 2009. Her favorite puppetry experience, for now at least, probably has to be making puppet movies with Paul Zaloom, Clare Dolan, and Tim Lagasse and a whole bunch of amazing students for a course she created for CSU’s Summer Arts program. For CSUSB’s School of Entrepreneurship (the first in California), she created and teaches a unique class that is a core requirement for the program: The Improvisational Mind. She can be seen performing improv with Farm to Table, the house improv team of Ophelia’s Jump Theatre, and is a proud graduate of the Second City LA writing program. She believes in the power of laughter and creative re-use to inspire a love of learning. You can see what she’s up to at www.professorjohanna.com.

Techniques for virtual teaching: rethinking how to teach puppetry