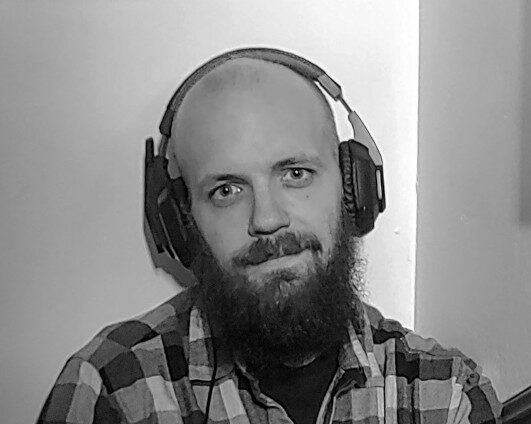 Growing up my parents always told me I was a character. However, the real character was my older brother who turned my simple 6th grade science fair video into an infomercial for Russian Rocket Repairs. This started my journey through silly voices and crafting characters. Spending 12 summers on summer camp staff allowed me to further explore specific characters- taking a role from the opening campfire and expanding it with cameos made throughout the week. This was where the Super Scout, Russian Operative, and Old Bill started to come to life.

After college I spent 4 years as an Outdoor Educator working with school groups on a weekly basis. This setup granted me the opportunity to fall into a character role for an entire week- Santa, Hanz, The Yeti, GI Joe and others all started to be refined and further explored during this time.

As I began a career in the nonprofit world, I found a wonderful home away from home in community theater. 12 Angry Men earned me my first acting award- a hockey goalie trophy for all my line saves throughout the performance. Other credits included The Reverend in “The Foreigner”, Editor in “Co-Creator”, and Davy Crockett in “American Strippers”.  Falling fully into the role of the Mayor for “Inherit the Wind” I crafted the directors opening comments to the audience as the Mayor addressing a re-election rally event.

Recently I have turned to this creative pursuit more and more. Taking voice classes and completing a full demo workshop with Voice Coaches in 2016.

Bringing a voice to your puppets