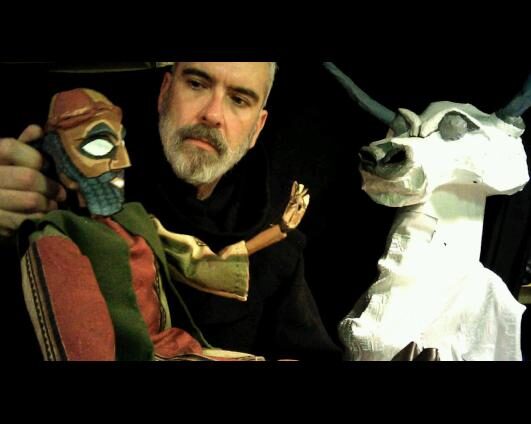 Joseph O’Donnell is a teacher and theater artist in Boston, MA.  Originally from West Virginia, Joseph remembers staging puppet shows for his neighborhood using stuffed animals held over a sheet for a backdrop.  Theater and performance was a lifeline for Joseph throughout high school, and he was a founding member of The Shakespeare Studio, a troupe that toured throughout the state performing free Shakespeare outdoors. After teaching humanities and theater in public high school, Joseph discovered Waldorf Education and a practice of artistic work more fully integrated into learning, growth, and healing.  In his classes, he has had the opportunity to work with students in shadow puppetry, toy theater, mask-making, and large puppet construction.  Joseph has integrated puppetry and puppet-making into student productions of Aristophanes’ ‘Birds’, Giraudoux’s ‘Tiger At The Gates’, Shakespeare’s ‘Hamlet’, and an original play ‘Before the Whale’ (a ‘prequel’ to Moby Dick.)  He has created original ‘puppet masques’ with students, such as ‘Three Wishes and the Sea’ and ‘The Monster in the Labyrinth’.