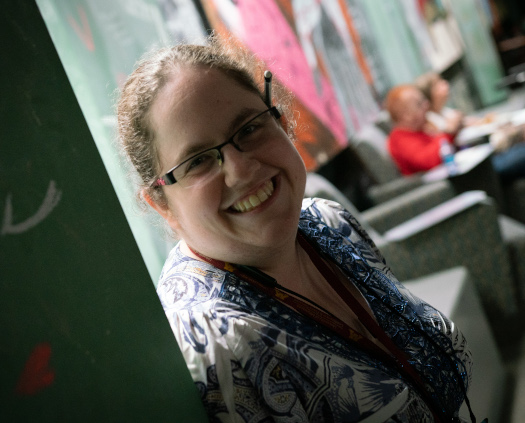 Lyssa Troemel is a puppeteer and a puppet/prop builder from Fort Wayne, IN. She is the President of the Indiana Puppetry Guild and the Secretary of the Board of Directors for Puppeteers of America. In Fort Wayne, she is a Resident Artist for Three Rivers Music Theatre where she has worked on shows like The Wild Party, Once on This Island, Fun Home and Hair as a Properties Designer and Spring Awakening and Dogfight as a Stage Manager. She has also worked for the theatre company Shakespearemachine on their productions of Faustus and Macbeth as a puppet designer, builder and coach. Her work from those shows was chosen for exhibition in 2019 at Maker Faire Bay Area in California and for the exhibit at the National Puppetry Festival in the same year. She also interned for Artistree, Inc assisting with the restoration of puppets for one of their shows. Earlier this year, she participated in the Los Angeles Guild of Puppetry’s 48 Hour Puppet Film Project on the film From Afar and in Sea Beast Puppet Company’s Puppet Meltdown Puppet Slam with the short piece There’s No Business…. . Pictures of her work can be viewed on Instagram under the handle @lyssatroemel or on her website.