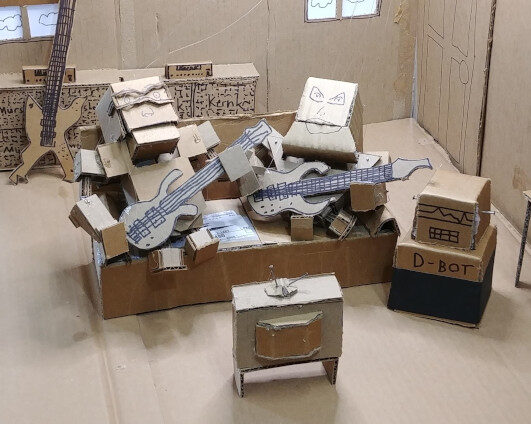 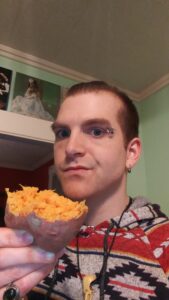 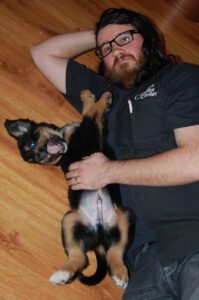 Marklar is a fictional Dirt/Funk/Rock band made of cardboard.  Marklar consists of Alexbot and Klagbot, two cardboard constructed robots who can never catch a break, and their drummer, Drumbot, a telekinetic Drum Machine.  Combating low wages, burning venues, and occasional cultists (and other wild ventures) Klagbot, Alexbot, and Drumbot must find a way to stay optimistic and pay the rent on time.

Jacob Klag and Alex O’Connor are also in a band called Marklar, but a non-fictional one, and have day jobs in New England.  Their lives are much less interesting, but also involve paying rent on time.  The name likenesses are a summation of the similarities they share with the cardboard band.  Anything the characters do or say is likely traced to psychotic electronic interference plagued upon the shows creators during brainstorming and writing sessions from either poorly shielded power transformers, sun spots, or vintage tube amplifiers.