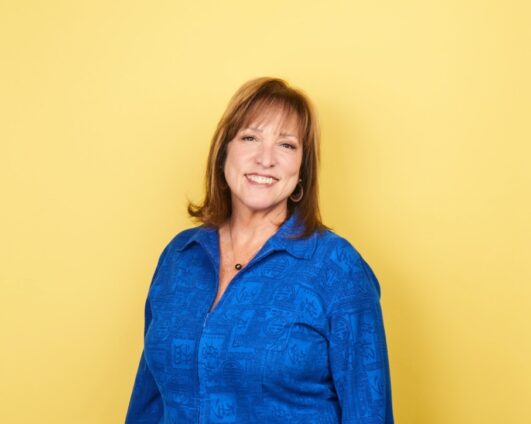 Pam Arciero is the Artistic Director of the National Puppetry Conference at the O’Neill Theater Center. Pam is a principal puppeteer with Sesame Street, performing numerous characters, most notably Grundgetta Grouch, Oscar’s girlfriend and for the Muppets for over 30 years. She is the Secretary of the
Board of Directors for the Jim Henson Foundation. She has worked on many adult and children’s programs including Between the Lions, Blue’s Clues Blue’s Room, Chappell’s Show, Allegra’s Window, The Wubbulous World of Dr. Seuss, TV Funhouse, Oobi, Eureeka’s Castle and The Great Space Coaster. Pam has performed in many commercials and films, including Zappos, Fuze, Angel Soft, Sundance Myths, Sundance Film Festival; Extreme Measures, Little Monsters, and Follow That Bird.

Putting the “intense” in a puppetry intensive